I was on the phone with a very close friend the other day and I had mentioned a book that had just come out by Doug Deuchler called ‘Local Legends of Oak Park’.   It was a compendium of noteworthy of individuals who once lived or currently live in Oak Park, Illinois, like Frank Lloyd Wright, Ernest Hemingway, Percy Julian, and Alex Kotlowitz.  Somehow I also made the list. The book featured a photo of me standing in front of a mural that I had been working on at that time.   My friend noted that my posture was almost exactly the same as the posture I had assumed in a photo he remembered of me taken me in the army many, many years before.    As I had said, we were speaking on the phone and in the midst conversation I went upstairs to my computer and found the two photos.   Sure enough, they were quite similar.  Using my very limited skills in Photoshop I cut and pasted the images together which created some very interesting results.
But what was most unbelievable thing was the speed with which it all came about.   From the moment my friend first mentioned the similarity of the photos,  putting  the idea in my head, to me going up to the computer, manipulating the photos, and then sending them off from here in Chicago to San Francisco, it took less than 10 minutes.   Incredible!  I am such a state of awe.   I can’t imagine how long this process would have taken, if at all, in the old pre-digital days of yore.    It just goes to show that


Seeing in not believing. 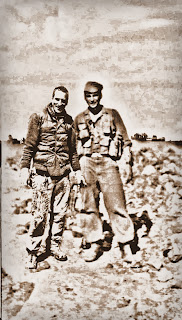 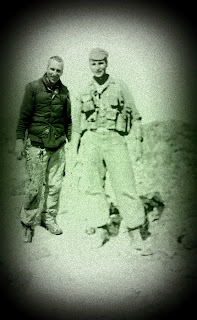 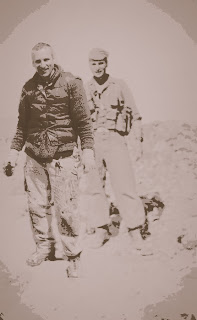 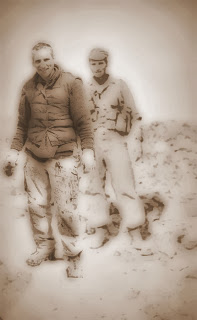 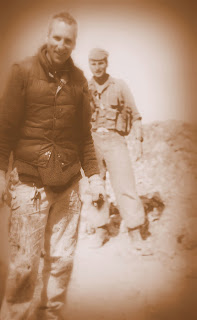 Here is a collection of mini 'pen and inks' ranging in size from 2" x 3" to maybe 4" x 6". Most of them date from the mid-1980's although a few of them are a bit more recent. They were made on small scraps of paper when I was doing a lot of experimenting with 'pen and ink'. Many of them are exercises in spontaneity, and stream of consciousness, to see if I could do it. Anyway, I recently rediscovered them and am enjoying getting reaquainted with them again. 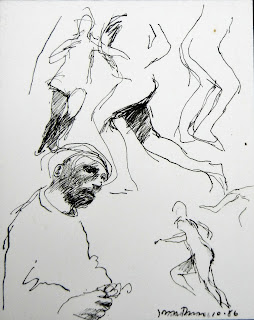 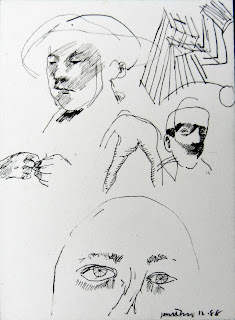 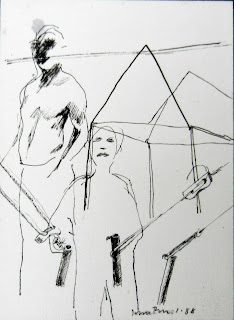 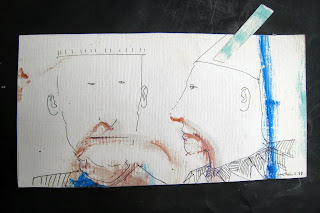 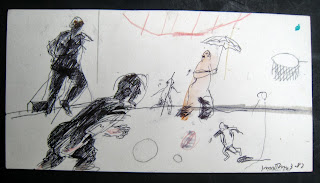 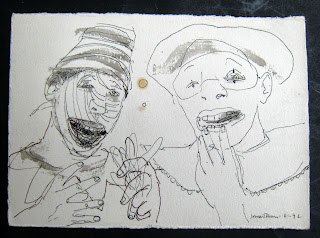 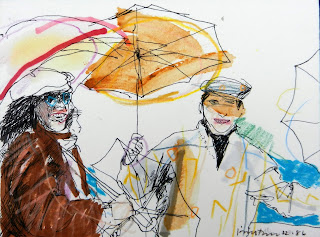 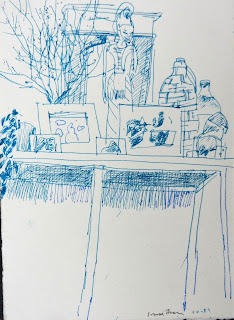 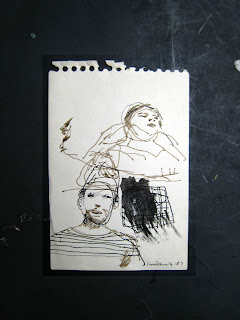 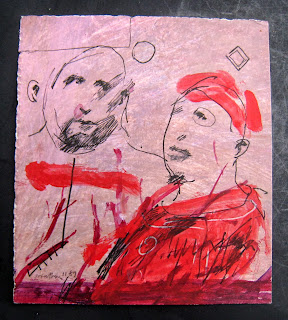