Richard III, The second time around.

Two years ago a friend invited me to submit work to be included in a Shakespeare exhibition.  Artists were to create work that referenced or celebrated the work of William Shakespeare .    I submitted a painting connected to ‘Hamlet’ and an installation referring to ‘Richared III.’    It was dry humor-ish piece that featured King Richard and the heads of his six dead rivals at his side.    The show originally managed to travel to three locations in Chicago and Wisconsin.   After the third show I had assumed that we had completed the run.  In my typical fashion I decided to dismantle and rework the pieces.
A few months ago the Shakespeare artists were again invited to participate in yet another  show, this time in Indiana.   I would include my Hamlet piece and, with my Richard III piece now out of commission,  I decided to submit an entirely different piece based on ‘Romeo and Juliet.’    A few days ago I got a call from the curator of the show who said she was pleased to see that I had submitted a new piece ….and that she was looking forward to seeing Richard’s return .  I said, “Yes, me too.”


I had only one choice:  Rebuild .   I literally started from scratch.  The concept was the same but I made  some changes in how I portrayed the rivals.   By the time I finished the only original parts were  the mops and Richard’s portrait. 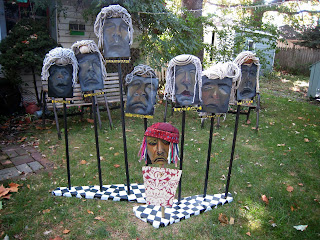 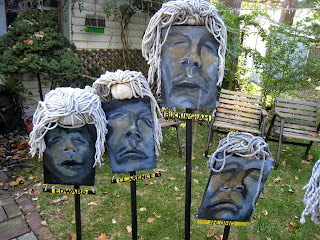 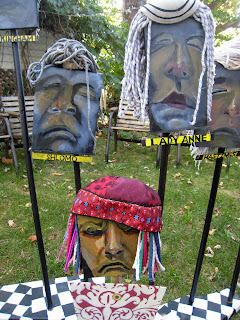 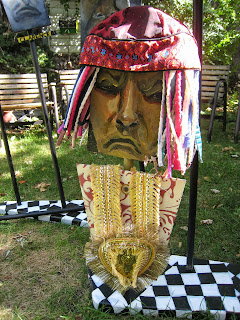 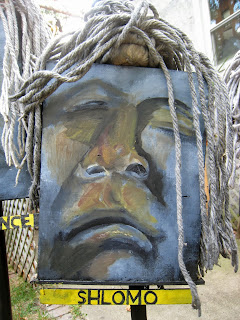 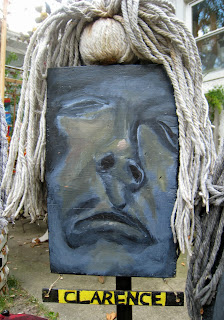 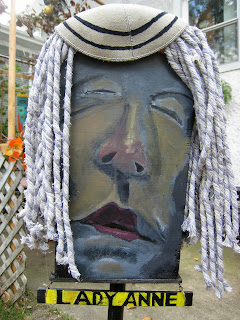 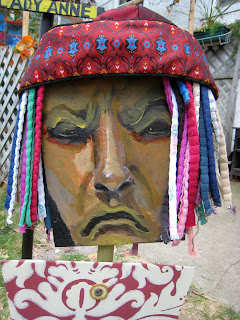 Posted by jlfranklin4 at 8:10 PM No comments:

I work on a piece or two and when it’s done I photograph it.   And somehow, it is then that the flaws---become more evident.   This is typical of me.  Anyway after viewing these pieces on my previous entry  I decided that something was problematic with them prepositionally.   Something was missing.   It wasn’t enough that they had been painted with pouches  empty of  ammunition, grenades, bananas, and whatever else one would normally stuffs into them.  I decided that it was the neutral backgrounds that were really bothering  me.    There needed to be something else going on to create more tension and contrast.   I could have placed the vests on a table or hanging from hooks on a wall.  But that would have been too predictable, too literal.   So I decided to introduce a bit more irony by changing the context and placing each vest in the midst of an elegantly patterned background. 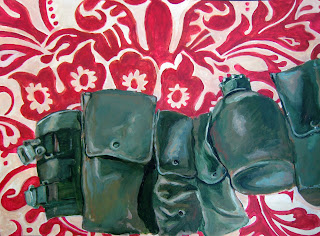 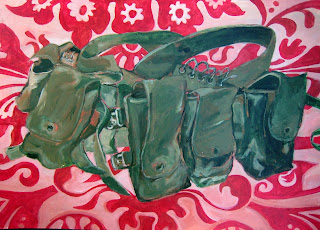 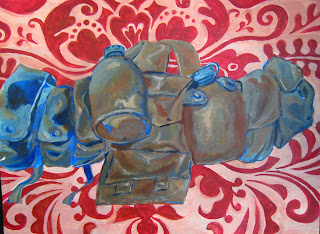 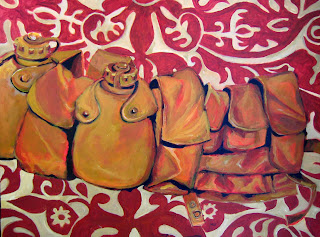 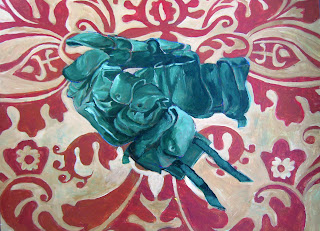 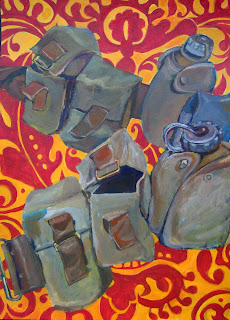 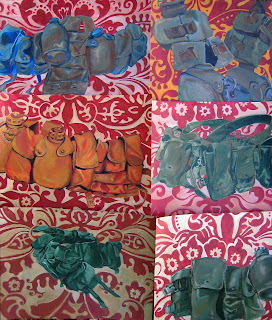 Posted by jlfranklin4 at 8:32 AM No comments: