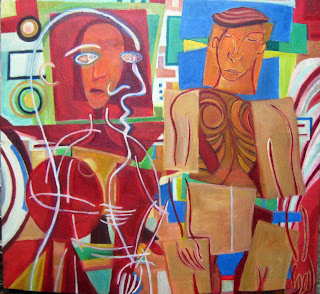 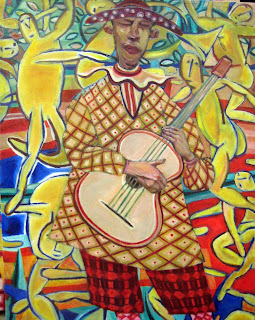 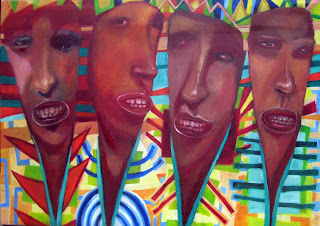 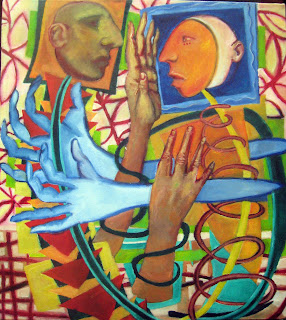 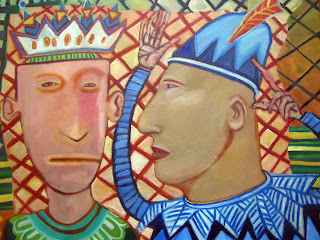 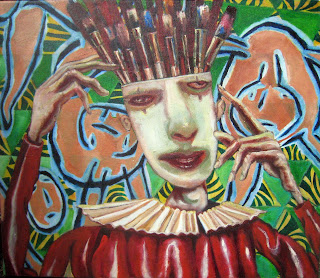 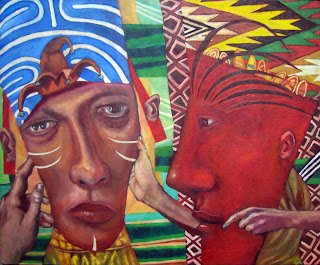 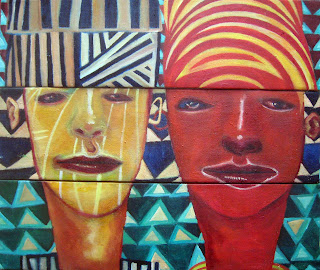 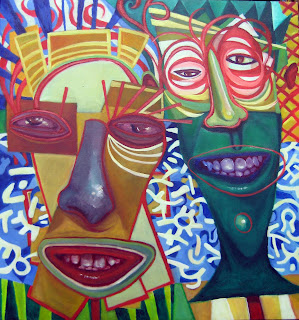 Alas, school has begun and the summer season is winding down. I found that as I was inching along I managed to work on a nice collection of paintings. Here are some images.
Posted by jlfranklin4 at 12:26 PM 1 comment:

'Just So' and another summer of childrens theater 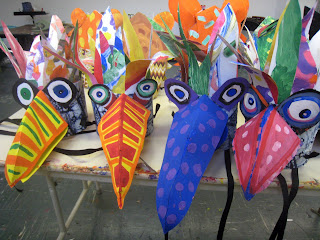 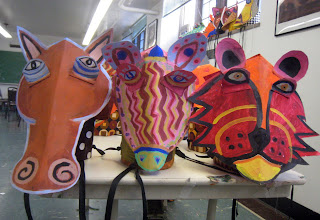 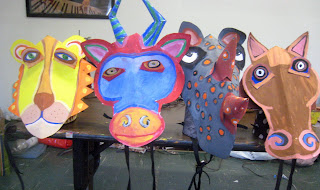 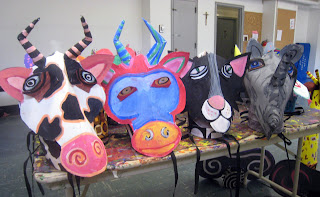 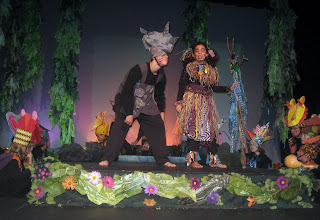 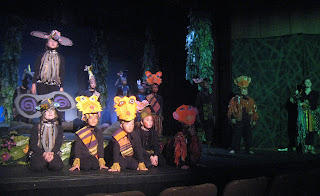 For about ten summers now I have been working with Gigi Hudson, the talented artistic director of the Actors Garden, a children's theater company. This summer we produced an original production written by David Hudson called 'Just So', a musical based on Rudyard Kipling's 'Just So Stories'. Typically I help the kids paint and build sets and props. This year our task was to creat animal masks. The roles were triple-cast which required me to create about 60 individual masks per session (there were two of them) ranging from crocodiles to dingos to horses to rhinos. I let the kids paint at will but then went back in to tweak and tighten the masks to make them a bit more complete and cohesive and at the same time tried to retain the kids' touch.
Because of the scale of the project I needed to come up with a plan that was simple but effective. All of the the masks were created from one piece of poster board. A six inch wide strip from the bottom of the poster board was cut out which was then laminated between a piece of fabric to create a band which served as the base into which the masks were anchored. The magic key was was hot glue.
The kids ranged in age from 7 to 13. But the pictures make them appear older, or maybe it was just good acting.
Posted by jlfranklin4 at 12:19 PM No comments: