The sum of many parts make up the whole. These drawings were created as different facial features were randomly organized to create some surprising results. 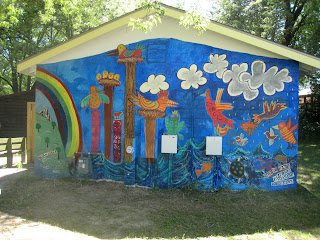 I was invited to paint a mural on a bath house at Olin Sang summer camp in Wisconsin called ‘Noah’s Ark.’ An older mural had been painted on one side of the building back in 2004, about 25 feet long and 8 feet high. My job was to create a new mural on the opposite side. But in actuality the mural was to encompass all four sides of the building.

All in all, painting ‘Noah’s Ark II’ was a very challenging but also an extremely gratifying and satisfying project. I loved the notion of starting it all off with nothing more than a pencil, a blank piece of paper, and an idea. But most importantly, without the kids’ drawings, imagination, and inspiration, the mural would not have come to be.

I was also pleased to be able to integrate and incorporate the new with the old. Although stylistically the two murals are adversely different from one another the lines of the ark in the original mural are aligned with the new one thereby unifying both boats. It also turns out that the two murals are almost seamlessly joined together where the rainbows meet, at the corner of the bath house. Finally, and probably the best part is that the two murals, old and new, have become one piece united. I guess that’s how it should be. 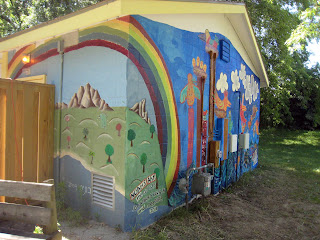 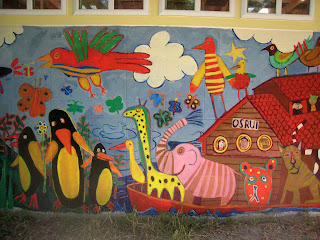 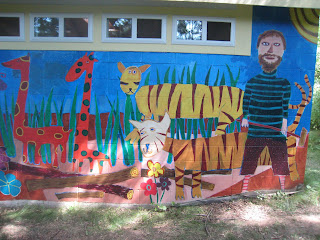 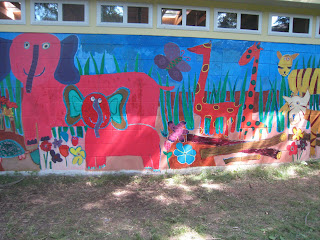 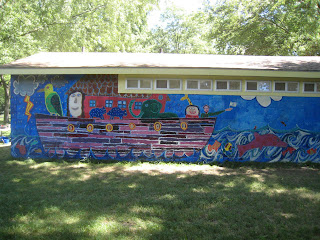 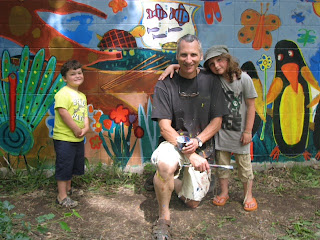 Posted by jlfranklin4 at 8:57 PM No comments: 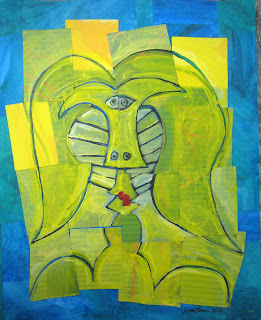 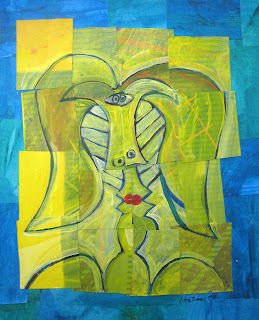 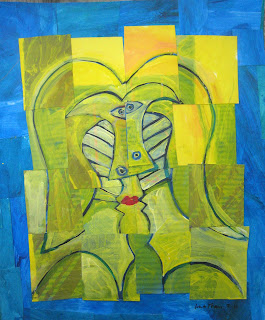 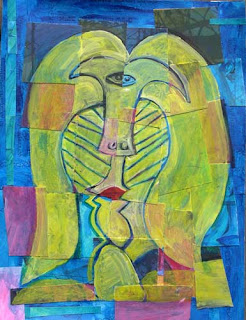 In 1963, Pablo Picasso was commissioned to create a monumental sculpture for the city of Chicago. In 1967 it was unveiled to much controversy and debate. I too have found it quite intriguing. What exactly is it? A horse, a bird, the head of baboon? Picasso never really explained it.

I had also read someplace that the piece was inspired by a young acquaintance of Picasso, a woman with a long neck and high ponytail. The Beautiful Lady series is my attempt to visualize this notion. I painted six similar but not exact likenesses of the sculpture and after cutting them apart, I mixed them up and reassembled all of the pieces back together again. It was my cubist solution to a cubist question.

Posted by jlfranklin4 at 8:48 PM No comments: