Walk-Abouts at the Maze


Many years ago the owner of a high end, period furniture store and gallery stopped by my studio for a visit to determine whether he might feature a show of my work that he had hoped would complement his new furniture collection.  Although he enjoyed my work in general he decided that in the end the paintings would probably not be suited for his space.   As he was leaving the studio he noticed a painted figure hanging up in the corner.  It was a piece that I had excised out of a damaged  canvas that had been discarded.  Although I had initially dismissed the piece he said that if I could assemble more of them then maybe we could build a show around them.  It was quite a novel idea.
I eventually created several dozen of these figures that we installed all over the gallery in different configurations amidst the furniture.  It was like walking into a theater full of strange looking actors posing in tableau.
After the exhibit closed the question was what to do with the remaining pieces.  They were too big to place in file drawers and to flimsy to store upright so I decided the next best place would be to store them flat by sandwiching under our bedroom mattresses.  And that’s where they remained undisturbed for the next 20 years.
A couple years ago having forgotten almost entirely about them I rediscoverd them when was moving my son’s bed.  Some of the pieces were in reasonably good shape but others had not aged well.  I brought them all down into my studio and began to repair, repaint, rework, and revive each one.  Then I built bases that allowed me to stand them up as freestanding pieces.  They have turned into the guests in my studio who never leave.
Like my show at Spex the Walk-Abouts at the Maze Library, a small but very quaint branch library in Oak Park, IL, were presented with a similar challenge.  That is, there was absolutely no wall space. Exactly like Spex I could only use  narrow shelf space above the book shelves to display my work.   I could easily have installed paintings and other two-dimensional work.  But I preferred to try something a little more unconventional:   to create a presentation that played with texture and layering.   My free-standing cut-out canvas figures, the Walk-Abouts, were perfect.      Organized in clusters the of figures were transformed into tableaus of silent conversations.
This was their first and probably only visit to the Maze. 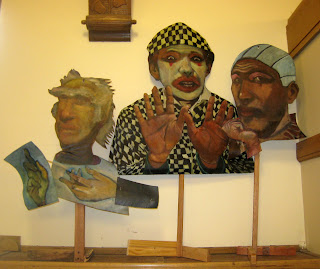 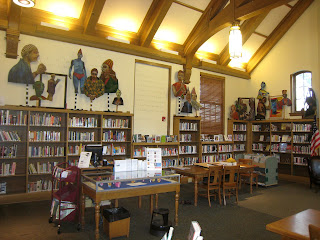 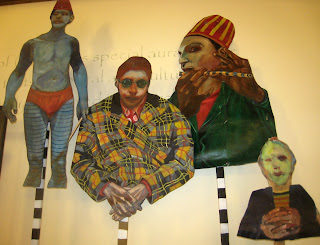 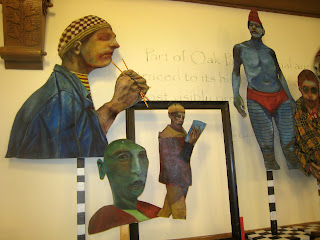 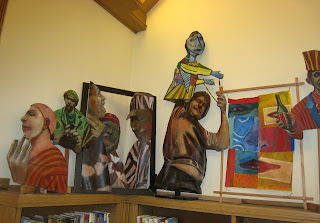 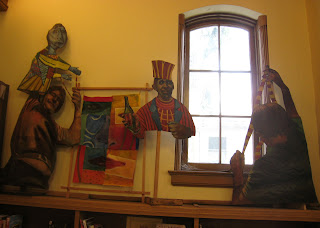 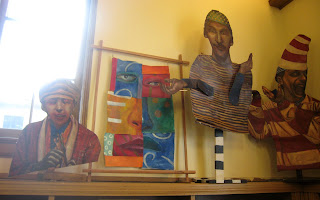 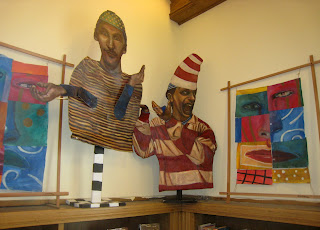 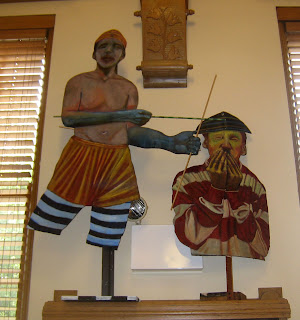 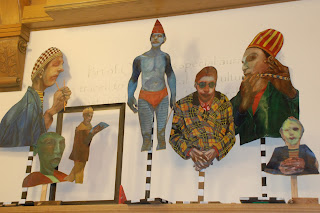 Posted by jlfranklin4 at 9:01 PM No comments:

Art and Vision at Spex


Spex is a spectacular spectacle store and gallery.  Because of the nature of the store, that is that its overriding mission is to present and market spectacle frames, the challenges of exhibiting art are very specific.   There is limited wall space.   I decided to take advantage of the tops of the display cases by installing a series of drawings called  Remnants.   These are assemblages of works on paper that I have secured together using string to give them an puppet-like animation.   I attached dowels to them and inserted them into wooden bases  to allow them to be free-standing.
On the walls I hung a series called Voyeurs which are portraits created by securing individual panels to window-like frames.  I also created a series of other portrait collages of a man wearing, what else?, spectacles.
All of the assemblages are exercises in dissonance, and in the end, the sum of many parts. 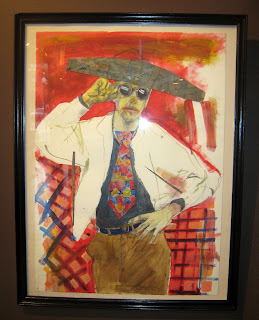 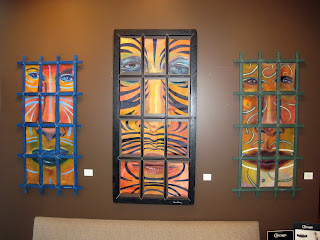 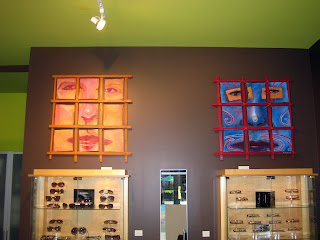 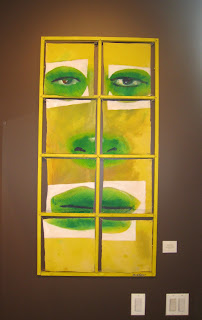 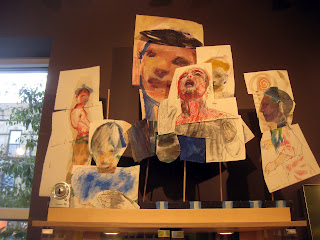 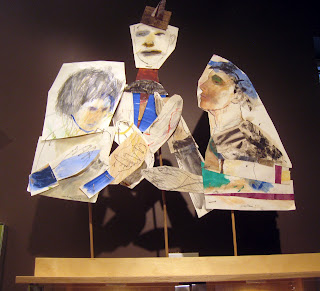 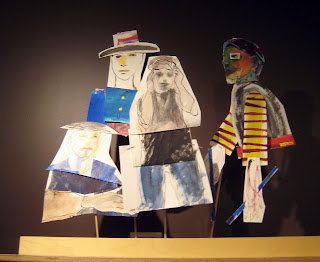 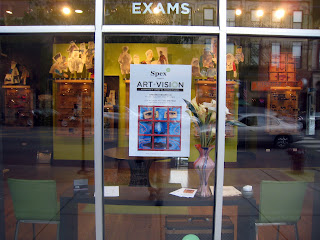 Posted by jlfranklin4 at 8:33 PM No comments: