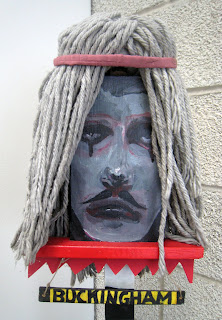 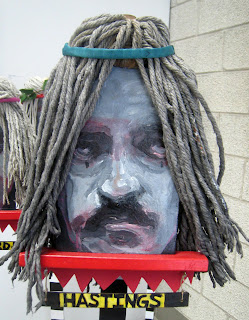 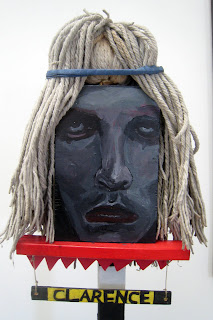 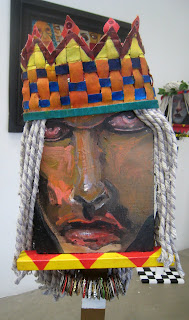 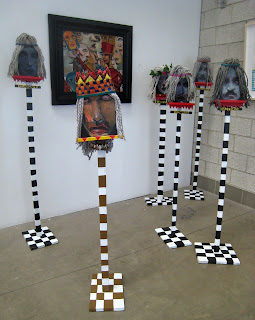 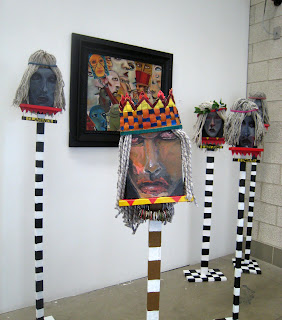 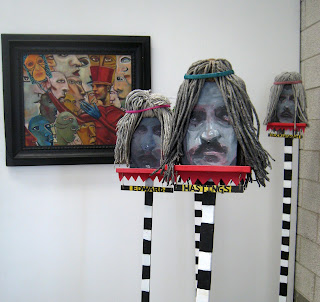 The DreadsI have always been intrigued with mops: their voluminous shapes and textures. I had initially used a couple mops on the heads of some home-made scarecrows in my vegetable garden and then I decided to use one of them as dread locks for a sculpture of Edgar Allen Poe that I created for a show celebrating the 200th anniversary of his birth. I called the piece ‘The Dreads.’ Later I found another mop a couple more pieces. A few months later after having found several more mops I was coincidentally invited to submit some work for a show called 'Shakespeare Interpreted.' The Dreads seemed like perfect foils. Shakespeare's 'Richard III' is about a hunchbacked tyrant who brutally eliminated all of his rivals including his wife and son as he rose and consolidated his power. I decided to portray his victims as 'mop-heads on pikes'. On the wall behind the heads is one of my paintings titled, "Alas Dear Yorick, I Hardly Knew Ye" in which Hamlet contemplates his relationship with his long dead friend, Yorick, a court jester.
Posted by jlfranklin4 at 9:00 AM No comments: 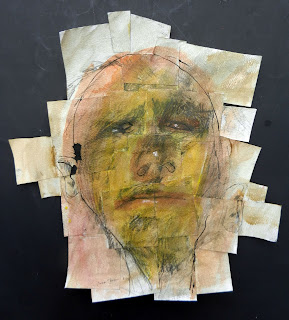 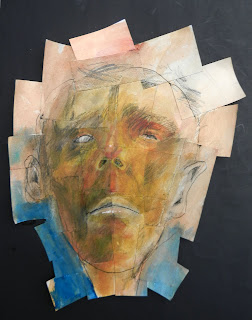 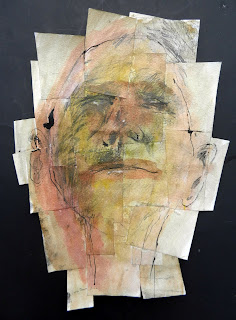 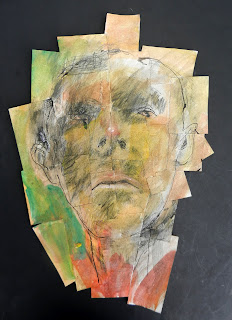 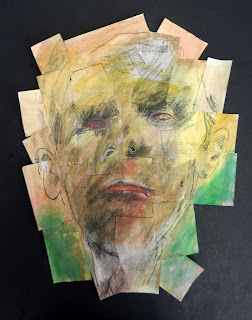 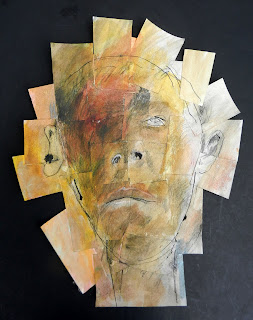 Sometimes with all my artist reviewing , reevaluating, and reworking work I occasionally commit the sin of overkill. It can happen to a painting if I should paint some out as well to my drawings. In this case I overdid it with a set of large portraits that I had transformed into collages, that I really liked. At one point I tried to camouflage a few smudges that lead to some touching up with paint. As one thing lead to another, before too long the drawings which had just the right amount of spontaneity and texture disappeared. What emerged were entirely new pieces, basically paintings on paper. I literally grieved at what they had become. In an effort to try to reclaim what had been lost I attempted to recreate new versions of them. The results were quite compelling, but nothing like what I had envisioned. Also the original drawings were portraits I made 30 years as I looked into a mirror. I drew a young man. Now, much to my distress and bemusement, what I saw and drew was an old man. Although physically the portraits do not like me, the essence is still present.

A step too far 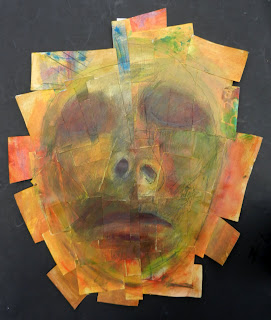 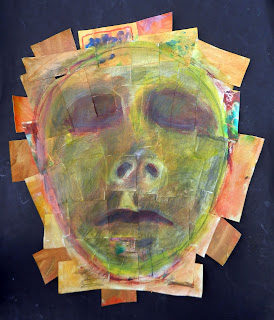 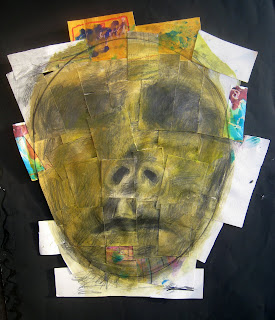 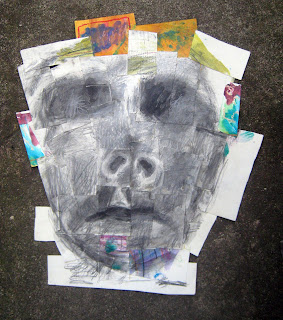 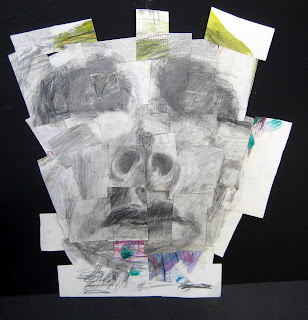 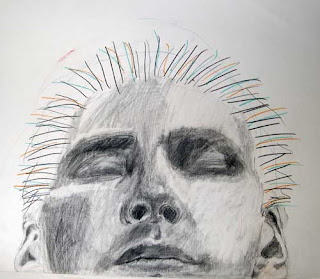 One of the good things about how I work is that I have a hard time deciding when a work is finished. I have a tendency to constantly review and evaluate what I am doing and what I have done. This approach affects much of the work that I created in the past as well what I am creating in the present. Paintings, drawings, etchings, all have undergone the same critical ‘treatment.’ Nothing is sacred. I have always felt that one cannot compromise the entire piece for the sake of a detail. On the other hand there is no reason why a really great detail cannot be reapplied and integrated into another piece. In many cases I build on what came before. I never paint over. I build on the images that preceded. It is also one reason why I began working with collage. The process is like using patches to plug holes. For the most I am pleased with the reinvention. But there unfortunately are times when I wished that I had left well-enough alone. Here are series of how a piece evolved over the years going from spontaneous and energetic to opaque and stilted. And the final result is OK as a piece of art work but I wish in retrospect that I had left it alone.
Posted by jlfranklin4 at 1:49 PM No comments: