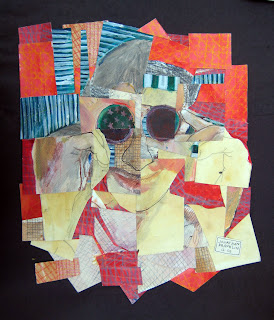 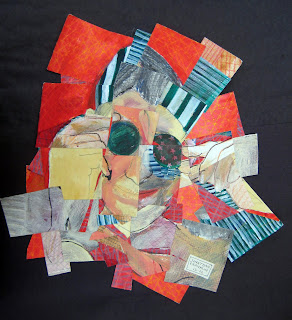 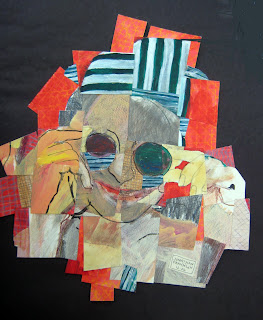 Here are three more versions of the same idea that I applied to the portraits in the previous blog. By cutting apart, mixing, and reassembling them again, I was able to affect a similar yet different dissonance.
Posted by jlfranklin4 at 6:24 PM No comments: 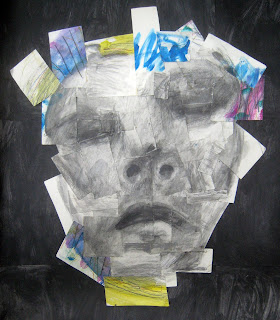 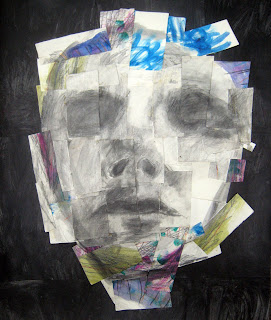 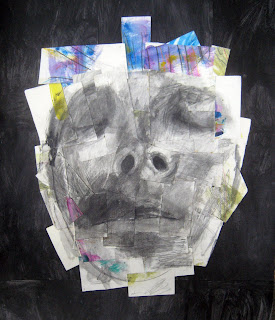 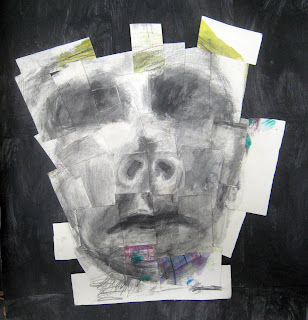 The challenge was to draw four self- portraits from exactly the same position without looking at or comparing any of the images until all four were completed. It was an interesting exercise especially seeing how similar yet different each one was from the other.
Many years later after I had begun to work with collage I revisited these four portraits and decided to do another experiment. This time I would cut the four portraits into small square shapes and then reassemble them. The results were at once unsettling and exhilarating. Each portrait was now a comprised of a series of remnants, of parts and pieces, making up the whole.
A friend suggested that the portraits reminded her of death masks. I saw them initially as meditative reflections of myself. But that was many years ago. Now they are a collection of disembodied patterns and textures.
Posted by jlfranklin4 at 6:21 PM No comments: